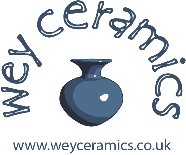 Back to HOME page

This was held at JoJo Rowley’s garden in Ockley, Surrey during her Open Studio.

Claire Waterhouse’s Portable Pottery also supplied her own kiln and team so that this event could take place.  We had some very good results and hopefully some very happy new potters 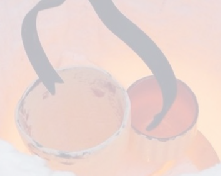 Click here to see some of the fun we all had

Our AGM was held on Friday 14th September at Terri’s.  A good attendance and a new member Lene Rydon has kindly agreed to join the Committee 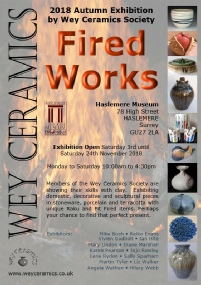 Our annual Pit Firing was held on the weekend of 8th/9th September. JoJo and Nigel worked hard to ensure that everyone had a successsful and fun day.  See our Social Activities section.

It has to be said that our first experiment with this fascinating technique using our raku kiln and a rather magical formula (which seems more culinary than pottery) had mixed results!

Some spectacular, some disappointing and some frankly hilarious. (You MUST have a look at this Video) 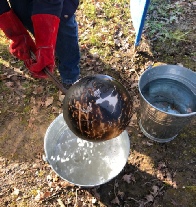 Super Bring and Share lunch at East Clandon Village Hall. What you can do with Play Dough!

Barrel Firing Some great colours and effects from an experimental Barrel Firing.  Using two full sized drums for a sort of above ground pit fire plus two half barrels for some smoke firing we achieved some remarkable effects.  Lots of colour and almost no breakages.

Raku Firing for Members.  More smoky fun and a lot of useful experimentation at our raku firing day at Jojo’s.  Welcome to the new members who came along and hopefully enjoyed the day.

Exhibition at The Forge ArtSpace SHERE

We have been given a super opportunity to hold a three day exhibition at this beautiful venue.  Ten Members are taking part and there will be some great new work to see

Pit Firing Jojo and Nigel again let us all become pyromaniacs in their garden and treated us to a delicious barbecue afterwards. Again some lovely results emerged from the pit. 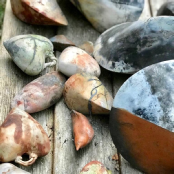